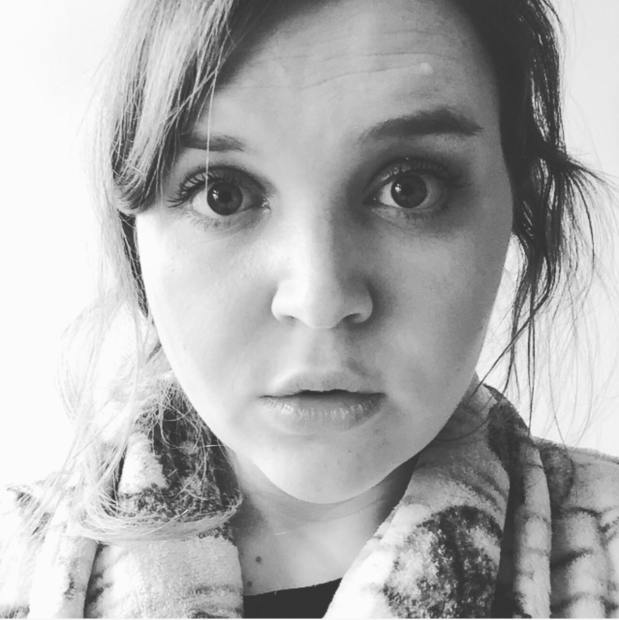 This is the face of me.

We all have several expressions, emotions that we show through our faces. They allow people to tell how you are feeling. But what happens at the end of the day when you’re sat at home with just you and your own thoughts? Nobody knows how you’re feeling then or what is going on inside that mind of yours. Nobody. Not even yourself at times.

This is the face of me at the end of the day. When I feel like I haven’t got much left to give. The OCD wins after another day. As per. In a dressing gown. Hair half up in a clip. Perhaps there is more make-up on one eye than the other. Who knows.

My attention is focussed more on what I might do next. How will my mind control me within the last few hours of the day?

Tuesday night I actually fell asleep unexpectedly on the sofa. I had the best sleep I have had in ages. As I fell asleep randomly without even trying, my night time rituals didn’t feature because I had “just drifted” into sleep. It was the best feeling when I woke up the next morning.  The next night I tried so hard to “nod off” before I was ready in the hope I could grab the slightest feeling of floating into a dream cloud, totally relaxed until the next morning. It didn’t happen.

Imagine living your life not being able to do the most simplest of things because your mind is telling you to over exaggerate it for fear of what will happen if you don’t.

You can’t explain it to anyone because you can’t even explain it to yourself. It doesn’t make sense and that’s the hard part. Logically I KNOW running up and down the stairs, tapping the ceiling an even amount of times on the way will NOT stop bad things from happening in the world. I KNOW that. But I can’t stop. I have been sucked into such a deep dark hole because…. what if?

This is the face of someone who is being tormented by her mind. Daily.

The face of someone who cannot make sense of why even numbers are important.

This is the face of someone who is lost entirely, with a mind filled with worry down each path she tries to go down. Each one is a dead end and the only way to pass through is to give in. Admit defeat and feed the bully. She smiles on the outside, allowing people to know she’s got this. She can do it. She’s living life and happy. Except the look of draining fear that runs deep in her eyes that drowns her entire presence. Weighing her down. She can’t swim to reach the top of the surface sometimes although she tries so hard. Sometimes it is easier to let the waves take you in the hope that if you do hit rock bottom that’s your chance to start back climbing. Some are too ignorant to see it, wrapped in their own life. But that’s fine.

I’ve got my map. I’ll work my way out of this deep maze that I have been submerged into.

One thought on “The Face Of”